After the success of the “Extreme Ladakh: a visual journey of the high altitude terrain” series,

Sony Alpha community brings forth the fourth chapter of Dhritiman Mukherjee’s Ladakh expedition. This article talks about how Dhritiman prepared for his trip, recalls the challenges he faced and the everlasting memories he made on his expedition to Ladakh during the peak winter season.

A tryst with the chilly weather

Recalling the time when Dhritiman reached Ladakh, he shares that he faced the biggest hurdle: sub-degree temperature. “By the time I reached my destination, all my mobile phones and laptops had stopped working. Moisture seeped into all my gadgets.” He opened up about how he had visited several exotic places across the world in extreme weather conditions, “but it was an all-together unique experience to capture the landscape and life forms of Ladakh in the peak winter season,” “Dotted with scenic landscape, Ladakh is like a huge playground for photographers and videographers where they can narrate stories through their photographs,” said Dhritiman. But nature is truly unforgiving here, he said. 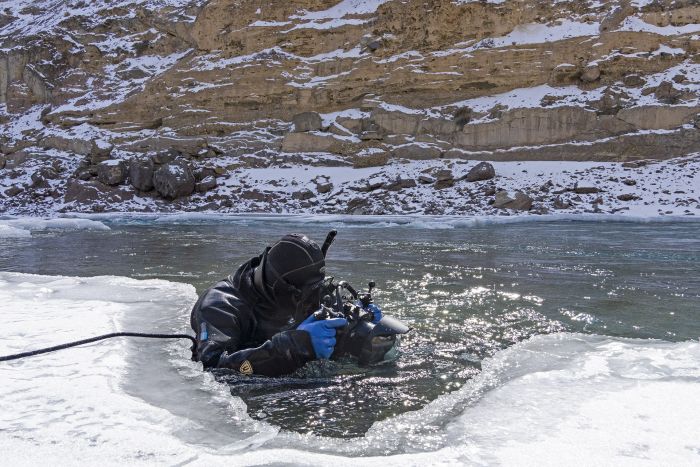 "While shooting pictures of the frozen Zanskar river, I had covered myself in layers. Yet, the freezing temperature left me shivering. But I made sure that I covered my gear well. I dipped my gear under the river as there was a creek. Once I took out my camera, I was elated. The camera truly surpassed my expectations.” 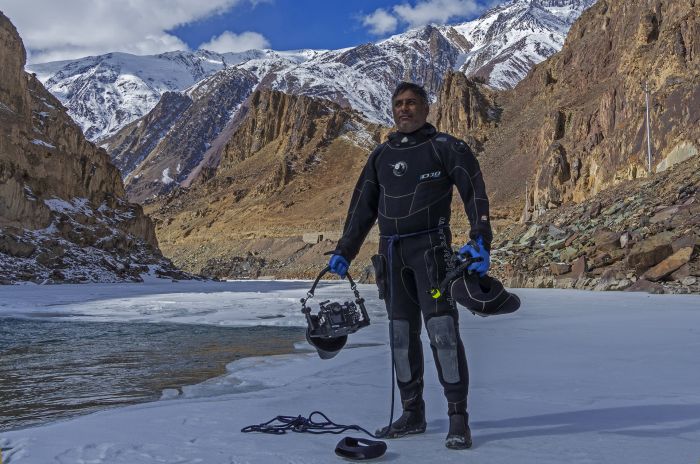 The weather did not deter his spirit. He added, “For me, then, all I wanted to do was concentrate on clicking the pictures. I focused all my energy on the subject right in front of me. For instance, while I was shooting pictures of the frozen river, I just wanted to capture each and everything through my lens.” Even though the sub-degree temperature was an obstacle, what followed next was why Dhritiman’s batteries drained out fast. “Yet, what took me by surprise was the sheer resilience and performance of the Sony gear,” said Dhritiman.

Making memories with the best of Sony gear

He said that the camera offers upto 10fps with AF/AE shooting. “It really worked well when I was shooting pictures of the Kiyang. The camera’s electronic shutter allows silent, vibration-free shooting of wildlife when even slight noise can mean missing an ideal shot.” 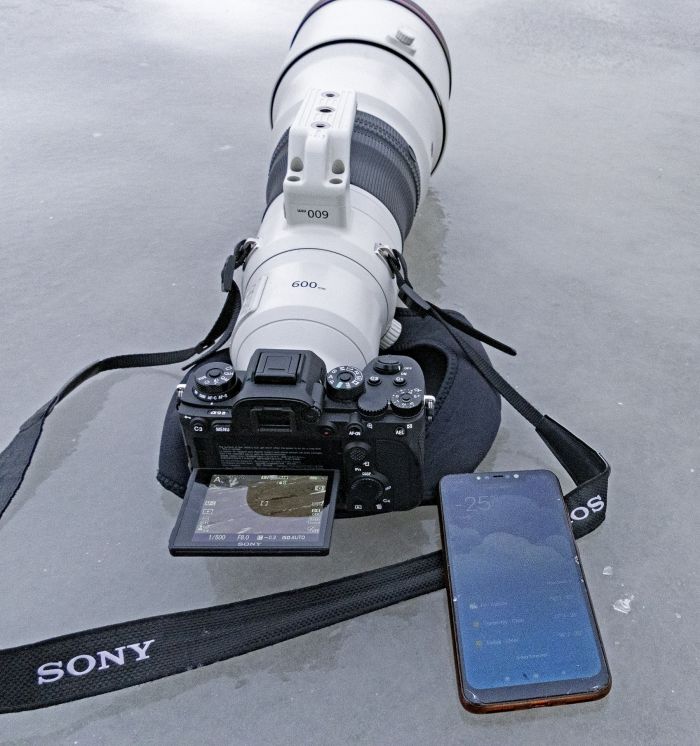 Recalling the tough weather conditions, Dhritiman shared that he shot pictures in minus 25 degree Celsius. “I tilted the live view of the camera and placed my phone next to it. As you can see, the ground beneath is a frozen river. The experience was surreal.” 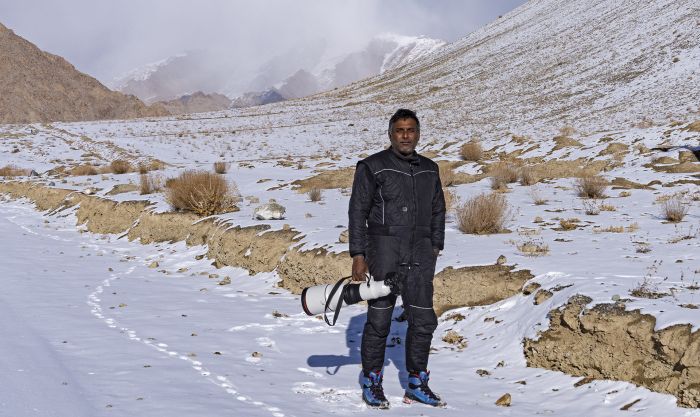 Talking about the stunning battery life of the Sony Alpha 7R III, Dhritiman says that it is a perfect tool for a long duration of shooting. “For extended periods of confident shooting, the NP-FZ100 battery has approximately 2.2 times the capacity of a NP-FW50 battery, and an optional VG-C3EM Vertical Grip can hold two batteries. USB Type-C™ and Multi/Micro USB ports allow external mobile batteries to power the camera for extended recording. Even more conveniently, accessories such as a remote control unit can be used via Multi/Micro USB port while power is supplied via a USB Type-C™ port. 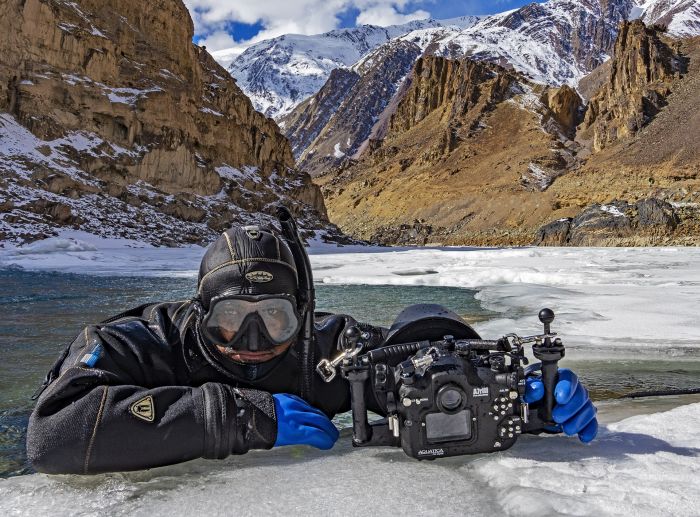 If you look at these pictures, you will see that I was so calm and happy lying in the luxuries of nature. The beauty of Ladakh is dreamlike and I am so glad that I made it to the land of the High passes in winter.

Appreciating the sturdiness of the Sony Alpha 7R III camera, he said, “ The Alpha 7R III functions reliably in challenging environments. Its body is fortified by a lightweight, high-rigidity magnesium alloy top cover, front cover, internal frame and rear cover. The number of lens mount screws has been increased to six for enhanced durability. Major buttons and dials are sealed. Sealing is provided throughout the body to minimise entry of dust and moisture.”

Ending the journey nostalgia on a positive note, Dhritiman says that he is ecstatic that he took Sony gear on his Ladakh expedition. It stood against the tough weather and helped me to click pictures. Overall, it surpassed my expectations.” We are really happy that Sony gear made Dhritiman’s Ladakh expedition successful. To view more pictures, click here. 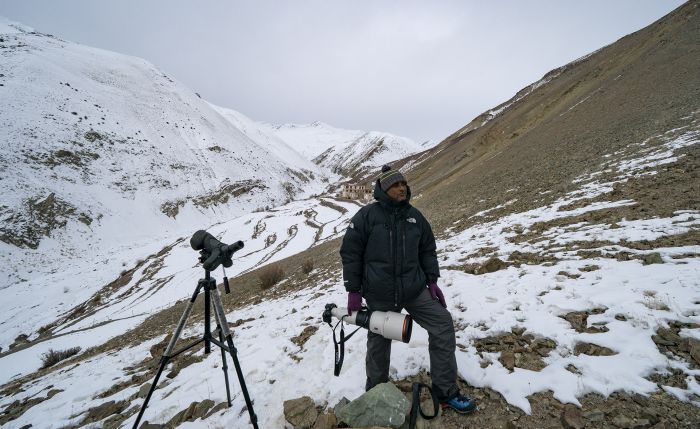 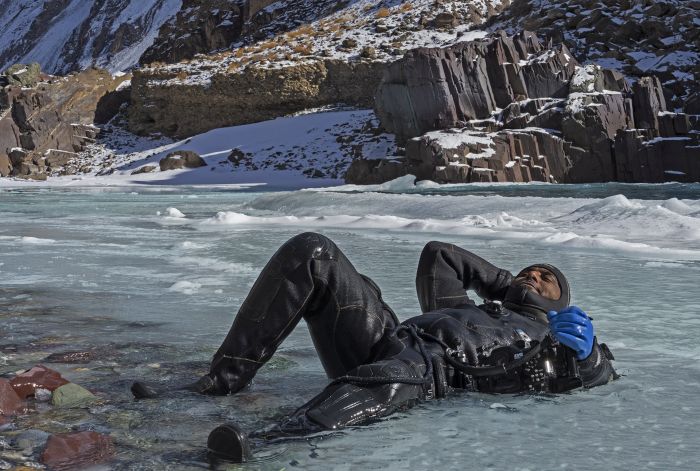 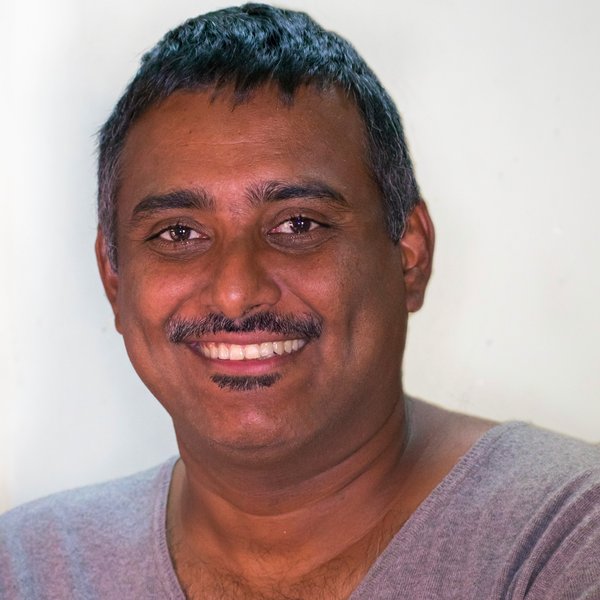