Sony A7SM2 in Outer space - To infinity & Beyond

From moments recorded fathoms deep in the oceans to the ones recorded in the outer most space, Sony has definitely come a long way.

That’s true! For the first time in the history of International Space Center, a commercial camera recorded and delivered 4K videos in the outer space. This was none other than #TheSuperCamera, the A7SM2. According to Toshitami Ikeda, associate senior engineer JAXA, it will continue to send that information through, for years to come.

During an interview with him, he wished that to show the images taken by the camera to as many people as possible. He believes, “Many of Earth's problems are difficult to appreciate in everyday life, but when you look down from space, it really hits you. I want imaginations to be expanded by the images, and curiosity to be awakened. I'd also be delighted if children out there see the images and more of them want to work in a space-related field — perhaps making a camera for use in space. It would be truly satisfying to feel that we'd contributed to the nurturing of futures.”

Curiosity resides in the DNA of humans. And cameras like A7SM2 help us imagine more possibilities due to the high sensitivity and low light performance. Thanks to JAXA for sharing these moments and believing in a tomorrow that’ll be more fruitful than today for photography. 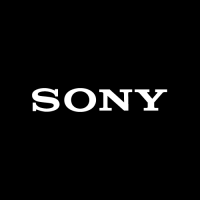