Wildlife photography: Tips I followed during my journey 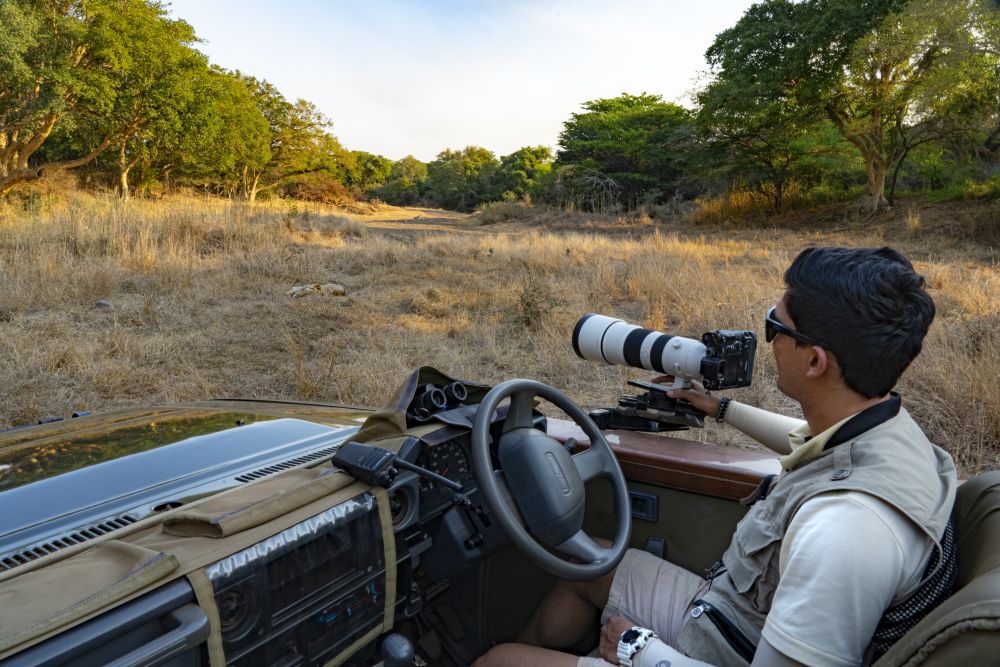 Growing up in the states of Central India like Madhya Pradesh and Chhattisgarh, our Sony Influencer Suyash Keshari was always surrounded by biodiversity. This not only gave him a chance to observe the beauty of nature, but it also made him value animals and trees alike. With a burning desire to voice the issues related to the conservation of animals, Suyash chartered out on a journey of documenting them. As a wildlife filmmaker and presenter, he has worked on a web series called #SafariWithSuyash. Season 1 of this series focuses on tigers and people in Bandhavgarh National Park. For Season 2, Suyash is filming South Africa’s biodiversity and conservation issues facing its wildlife. During his journey as a wildlife photographer, Suyash has learnt a lot of lessons and would like to share them with budding photographers.

Here is a detailed guide of tips and tricks for the photographers who wish to venture into the wild and capture surreal shots.

Most people never make it because they never start. That is true for life as well as photography and filming. You cannot wait for the day that you have the perfect equipment or the opportunity to do what you like to do. With an increase in the availability of advanced technology, smartphones can be your best friend when it comes to taking photos or making a film. If you cannot afford a camera or would not like to invest in one, then use your mobile phone. You would be surprised at what some people can do with a simple phone camera. On the other hand, if you already have standard equipment, don’t think about upgrading it yet. First, create something and then evaluate what precise features you need for your next project. Regardless of the equipment you have, you must start somewhere. Anywhere! It can be in your local community park, garden or any public area – depending on your preferred genre and story.

2. Learn as much as you can

To become good at something, you need to learn about it as much as possible. The learning process should not stop once we graduate from school or college. Our Sony Artisan Suyash Keshari loves gaining new knowledge and teaching himself new skills. He also loves reading books. According to him, you must try to learn about your camera, including the one on your smartphone. Buy books that can teach you something about the field of your interest and watch videos online. Access to knowledge has never been easier.

Once you have involved yourself in the process of capturing photographs, you can now search for ways to develop a unique style of shooting. Anyone with a decent lens can take a portrait shot. According to Suyash, the real challenge lies in exploring the world of lights and shadows. You must play with the camera settings and get creative with white balance and exposure.

the ones who use a smartphone, you can download the lightroom app that would transform your smartphone camera into a very specialized camera where you can control all kinds of settings. Before taking a photo, think from the following: “how can I create a photograph that would stand out from the rest? How can I utilize the light in front of me, utilise the angle of the shot, the walls, branches or undergrowth in the frame or the settings in my camera to create a unique shot?”

Storytelling can be very powerful. It is one way to separate yourself from the competition while at the same time, to get the viewer attached to the image or a particular situation/phenomenon/event etc. For Suyash Keshari, this technique always revolves around one of the following: wildlife behaviour, wildlife conservation, climate crisis, natural phenomenon, youth empowerment or challenges that he faces in the field or behind the scenes of a shot/film. Once you develop a unique style, you can tell stories about your style as well. How and why do you think it is unique? Why did you want to shoot a specific photograph in that manner?

5. Don’t be a Generalist

Starting out, you may want to experiment with all kinds of genres and that is a must. But slowly and surely, you should start focusing on one specific genre or field of interest. Even in wildlife, for instance, you could become “the person who takes incredible shots of frogs”. Or in street photography, you can become the person who specializes in the night time street activities. Suyash points out here that you must specialize in one thing and become known for it, that is the only way to stand out in an industry that has now become highly saturated and therefore intensely competitive.

The journey starts with your first camera

At a very young age, Suyash was able to understand how storytelling assumes such a critical role in his line of work. As a young boy travelling through the forests of Central India, he always wanted to document his sightings. Not just of mammals, but everything from trees to insects, birds, shrubs and landscape. He wanted to document this so he could share it with his friends and family and tell them about the importance of these things, their beauty and their mysticism. He picked up his father’s film-reel camera and got shooting.

Suyash shares that 100% of those shots came out pretty ugly. But that did not deter his spirit.

According to him, what was in the shot was important, not how he was capturing it. Nonetheless, slowly but surely the photography began to improve, and he started learning through trial and error. And in a couple of years, his father bought him a DSLR with a 70-300 zoom for his 13th birthday. Which of-course helped him record a wider array of wildlife more professionally. Following which, he could also review what he was clicking, and he never had to worry about his reel getting over.

He also started recording videos more often with his DSLR but the serious effort to film wildlife came a lot later, mostly because he did not know how to film, edit or tell stories in this format. He only knew how to write about his experiences. And the age of YouTube learning was still not mainstream yet… so then, he just did not know any better.

Until he graduated from school, filming remained in the backseat and photography was the main way of telling stories.

Over the course, he was introduced to Sony’s mirrorless cameras. Packed with features such as reliable AutoFocus (AF), high-speed continuous shooting, anti-noise shooting and real-time Eye AF, he shared that the quality of his pictures significantly improved. He also appreciated that with dust and water-resistant camera body, he was able to freely click pictures, without worrying about his gear.

Another aspect of our mirrorless camera which won him over has been the anti-distortion shutter, which excellently allowed him to capture moving subjects during his visits to the jungles.

Later on, Suyash shared that he taught himself everything he could about filming and also interned briefly in South Africa. But his inspiration has always remained in capturing wildlife. As he often says, “someone could take my cameras away and drop me in a remote location, I would be perfectly content with my pair of binoculars.”

For Suyash, photography and films are just a medium for sharing his passion. It is all about “telling stories that may evoke passion in the hearts and minds of the people across the world, urging them to play their part in conserving our beautiful natural heritage.” He concludes that armed with the advanced Sony mirrorless camera gear, budding photographers too can create mesmerizing shots. He shared that it is the useful features and friendly technology which has helped many photographers like him to follow their passion without any second thoughts. 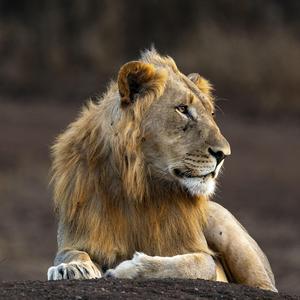 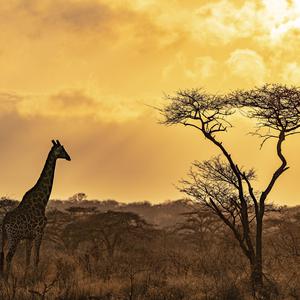 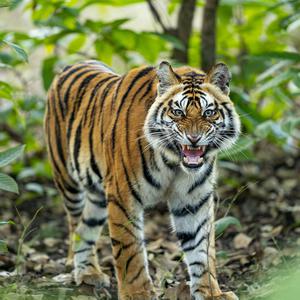 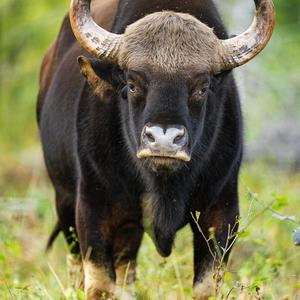 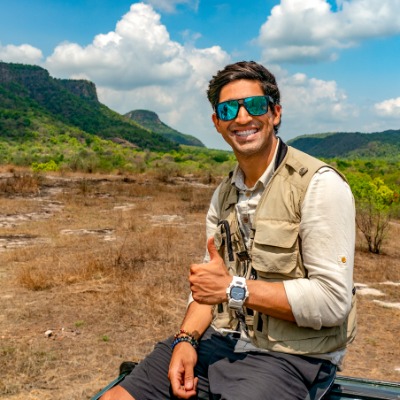 Suyash Keshari is a 24-year old award winning wildlife photographer, filmmaker and presenter who has travelled the world telling stories through visuals that he hopes would evoke passion in hearts and minds, urging them to play their part in conse... Read more