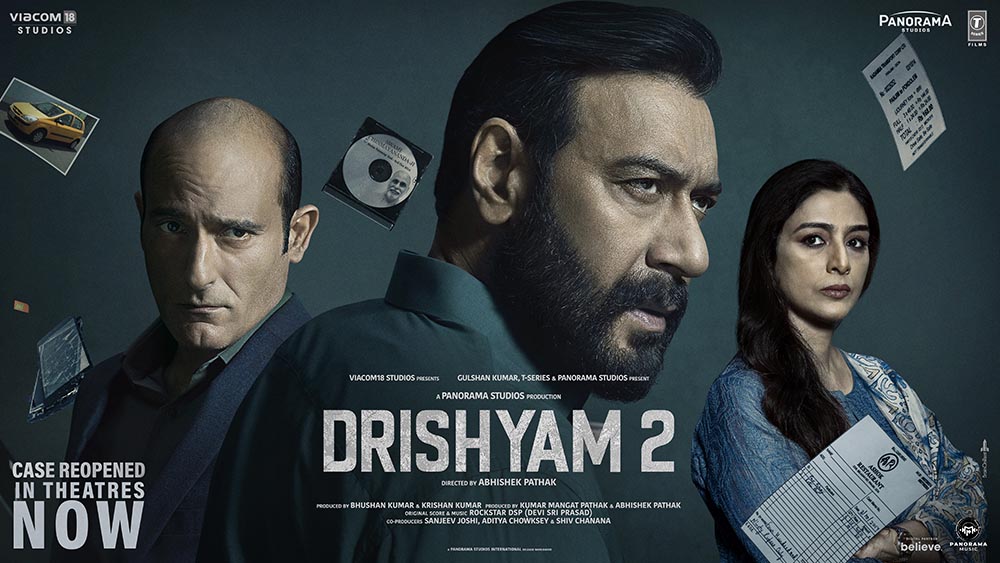 Drishyam was a massive success, creating a never-to-be-forgotten thrill and excitement among its audience. The movie was acclaimed not only for its storyline but also for its aesthetic impact. The team has brought the sensation back with Drishyam 2, but this time they have approached it differently to take it a step further.

Sony is delighted to have the versatile and accomplished cinematographer Sudhir K. Chaudhary share his fantastic experience utilizing the exclusive VENICE camera during the filming of Drishyam 2.

Bringing the world of DRISHYAM back to the screen!

When the geniuses behind the scenes - director Abhishek Pathak and cinematographer Sudhir Chaudhary - came together to recreate a thrilling plot of Drishyam 2, the biggest challenge for them was how to make it look different this time without losing the originality, because they mostly had the same characters, same houses, same crime plots, and almost everything similar. For example, the film begins with a montage that takes the audience to the time Vijay buries the body. The team had to ensure that the lighting and hues closely matched the same sequence that created the climax of DRISHYAM. 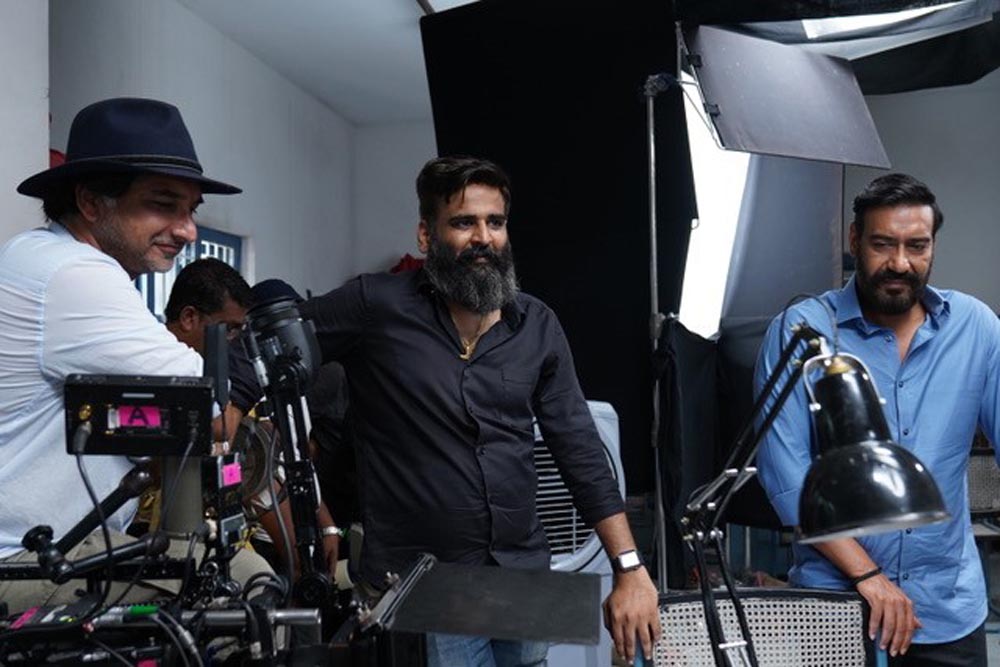 Sudhir Chaudhary while talking about Abhishek Pathak, stated that “he is a person with a clarity of vision and thought, he exactly knows what he wants.” They appear to share the same desire to render their vision a reality; during the preparation, they worked diligently to develop a palette that makes the movie look more stylized, naturalistic, darker, and appealing and to make it look more like the genre it represents. 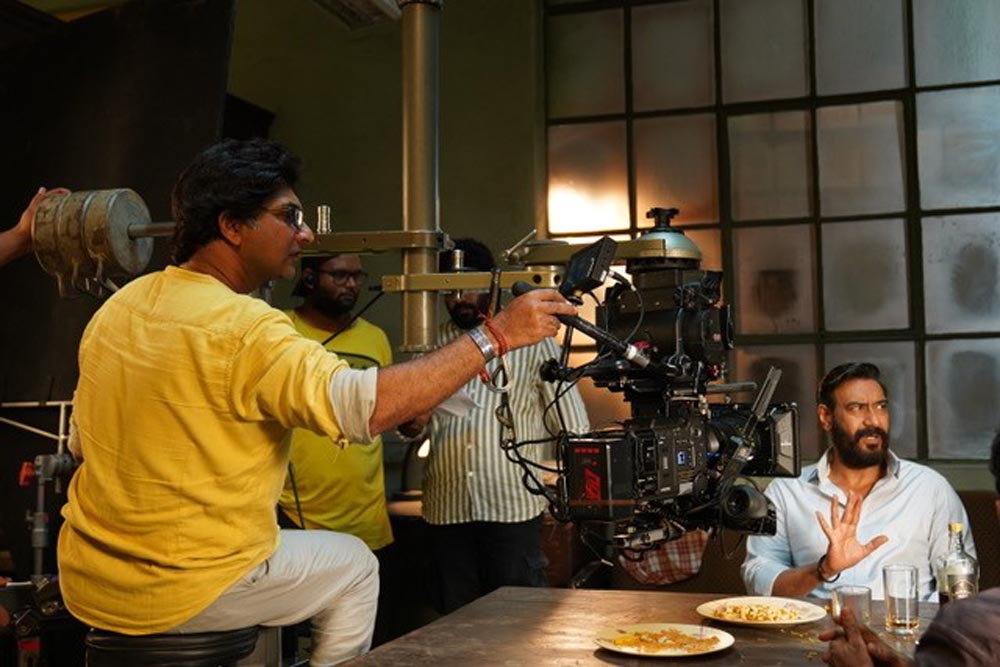 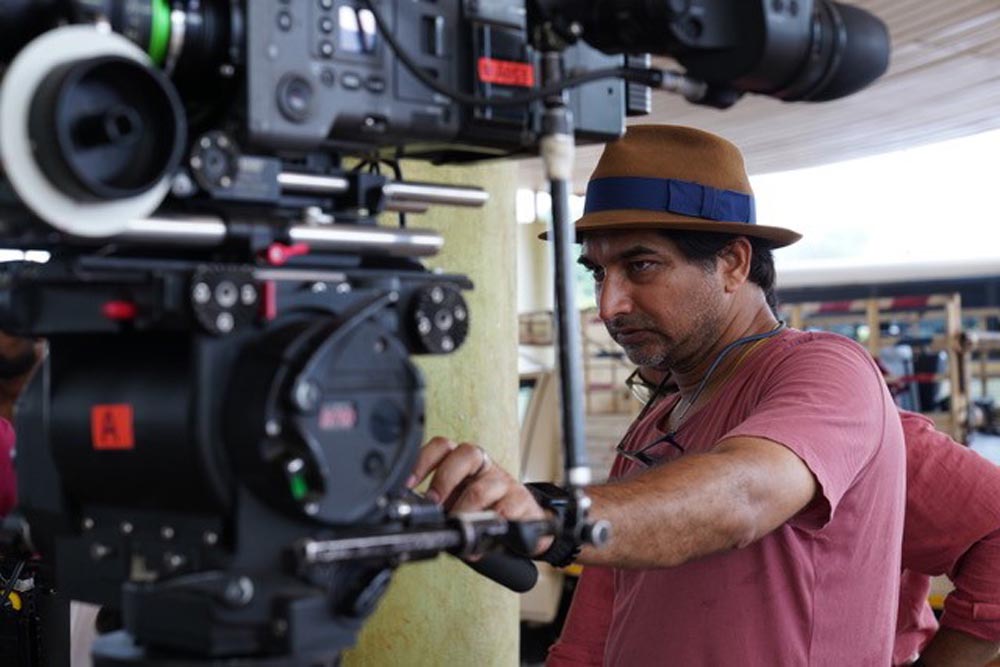 Initially, the team planned to accomplish the look-in post using some form of a LUT, but they also wanted the movie to look organic. Ultimately it was decided to achieve it in camera by following a palette, followed by gruelling hours of conceptualising wall colours and costumes as per the palette for every scene.

VENICE: The only action-packed camera that gives incredible details and high resolution

When it came to filming Drishyam 2, Sudhir Chaudhary's first choice had to be the VENICE because of its incredible ability to maintain details in the darkest of shadows. He also had a great experience with this camera while filming BLURR, which is the darkest he has ever shot.

"I can't get enough of the control this camera offers!" I was completely blown away by the level of detail and colour information I was able to capture without adding noise during the post. Not only convinced, but I felt at ease while using it. The VENICE, in my opinion, offers the perfect balance of resolution, colour sampling, and colour production." 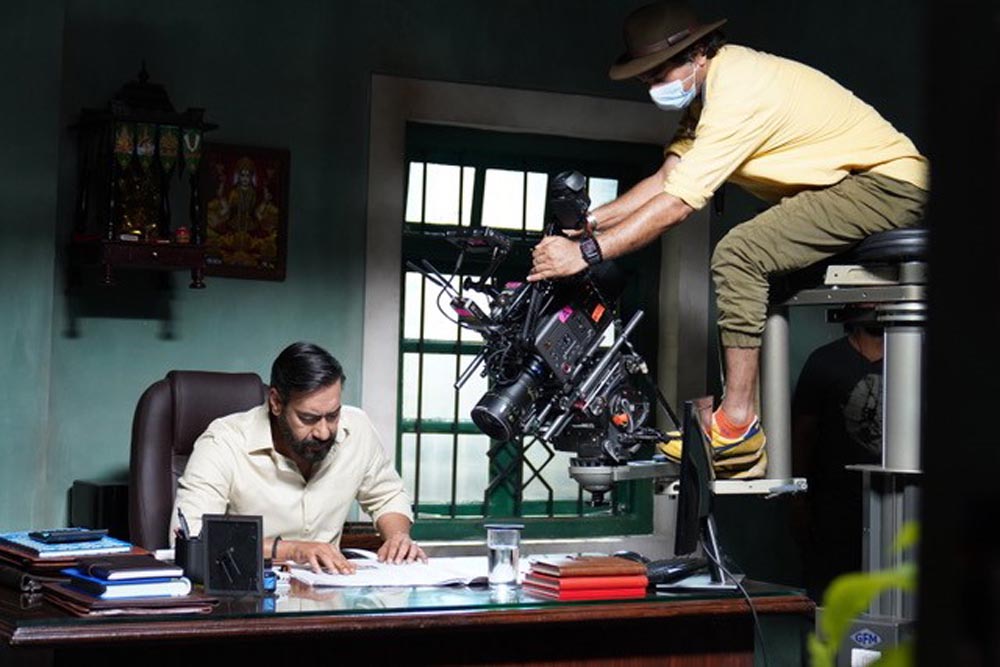 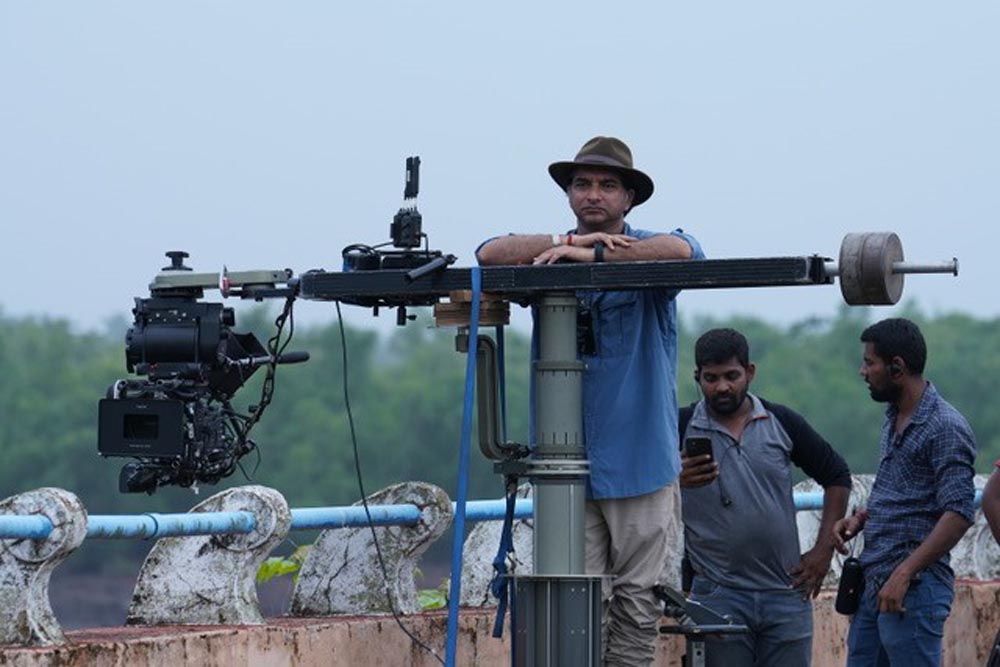 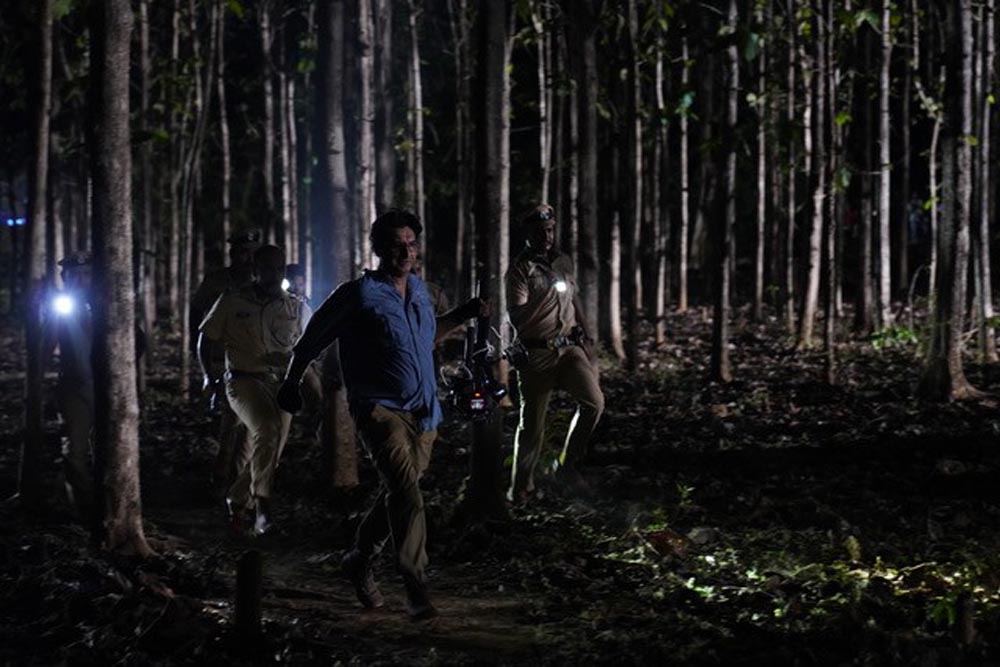 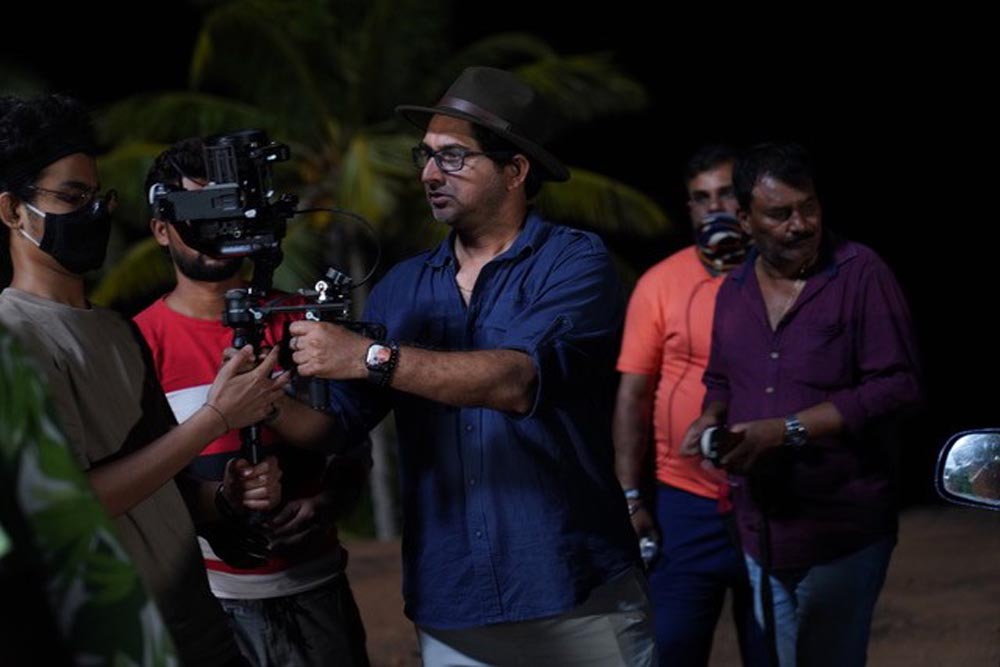 Besides, VENICE, Sudhir Chaudhary also fully utilized the FX3 cinema line full-frame camera to shoot the first sequence of DRISHYAM 2 with a Ninja RAW Recorder, and Zeiss CP3 lenses! During the film's initial conceptualization, they intended for this sequence to appear as a single shot. He went on to say that because the sensors are the same size, intercutting between VENICE and FX3 was flawless in their initial tests.

According to Sudhir Chaudhary, the camera's low-light capabilities are fantastic. Not many can detect the difference between the two intercutting cameras. They'd body-rigged it, mounted it to a Ronin 2, and used it in the chase sequence. They also used it for some additional sequences that were deleted from the final cut. Overall, it's a formidable tool in a compact package.

The challenge of filming Drishyam 2 with multiple cameras was well worth it!

Every scene has its own set of obstacles, and in Drishyam, the challenge was working with many cameras. The team frequently filmed with four cameras, covering different characters at the same time. Every other camera was on the rim of the next camera's frame. Because the filming was largely done with top lights, it became quite difficult to have the best light on all subjects in such scenarios. 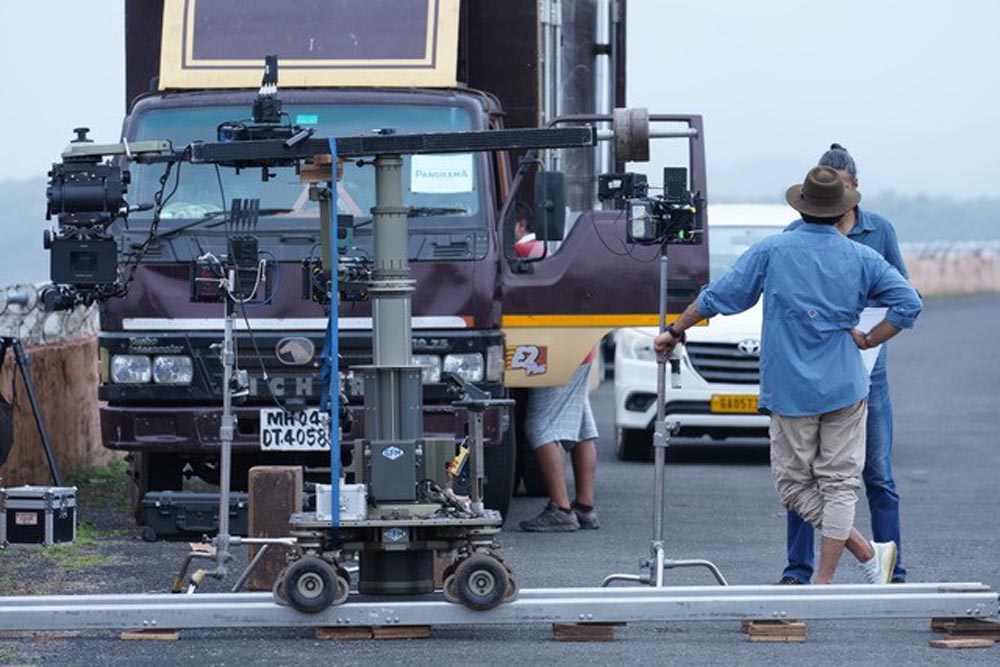 Lighting & Thrill:
The most accentuated aspect of Drishyam 2 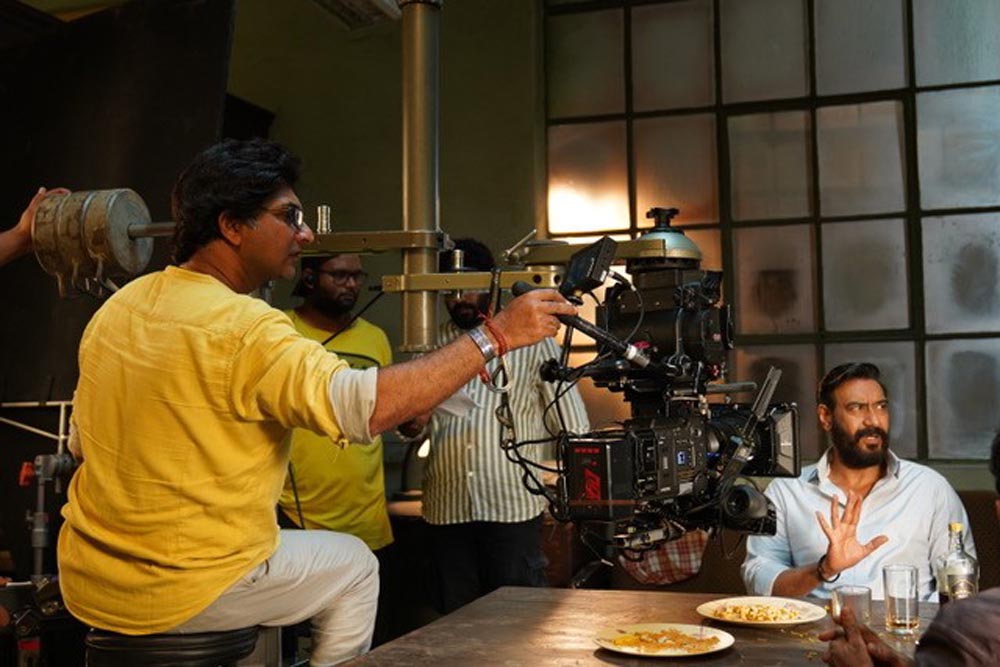 Lighting is crucial to Sudhir Chaudhary because it helps to enhance the visual experience of a scene or a movie. During the filming of Drishyam 2 and BLURR, he experimented with lighting to accentuate the mood of the scene. On the one side, he employed light to create a sense of mystery and suspense, and on the other, he used it to generate a psychological impact or panic. 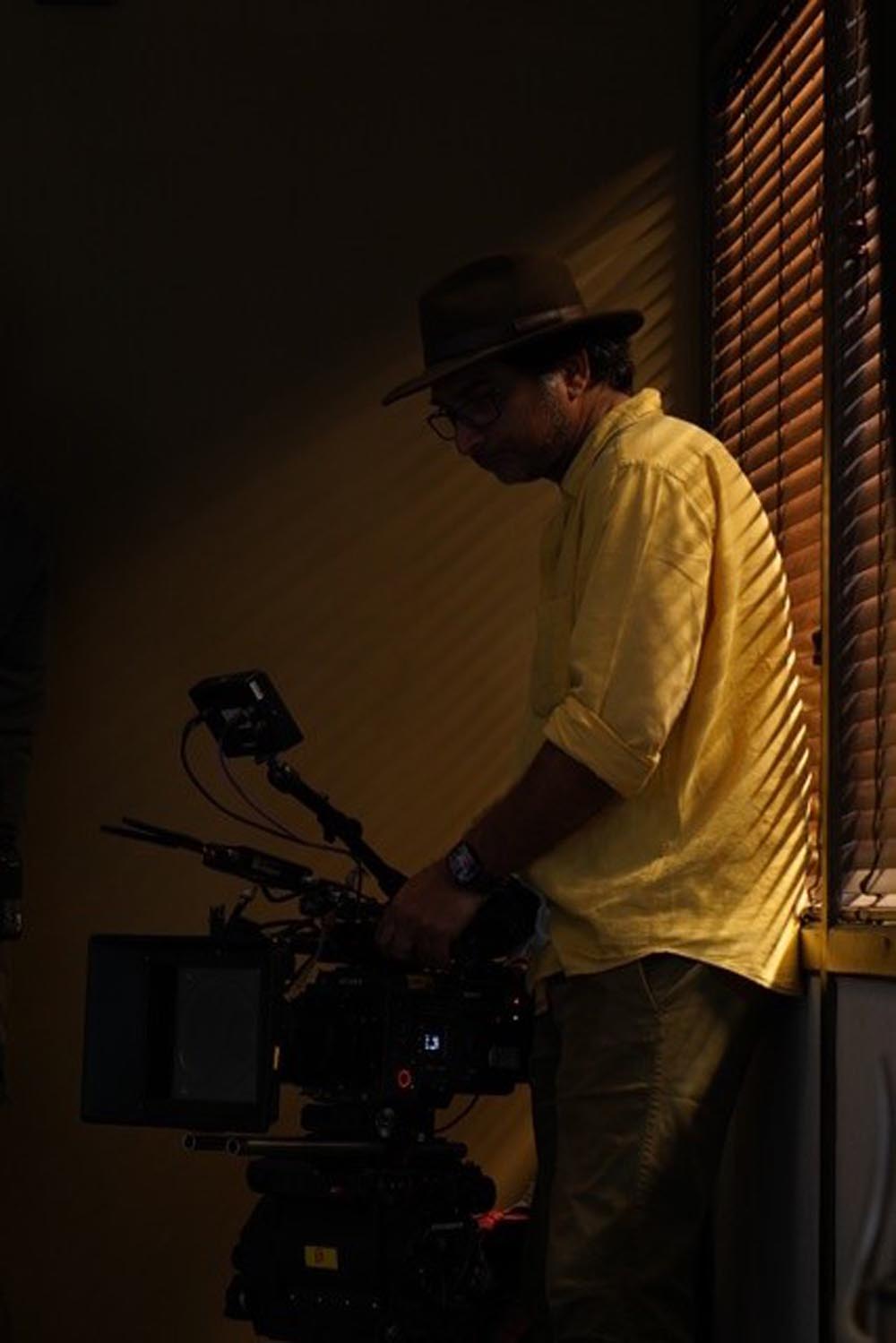 Working with top lights worked well for Akshay Khanna, especially when it came to portraying those hawkish eyes with minimal detail and eye light. It's quite remarkable how much attention has been paid to altering light conditions, like hiding little LED tubes to achieve exactly the correct amount of eye light, and how difficult it was to soften them while keeping them off the walls and making them feel like a natural source of light. 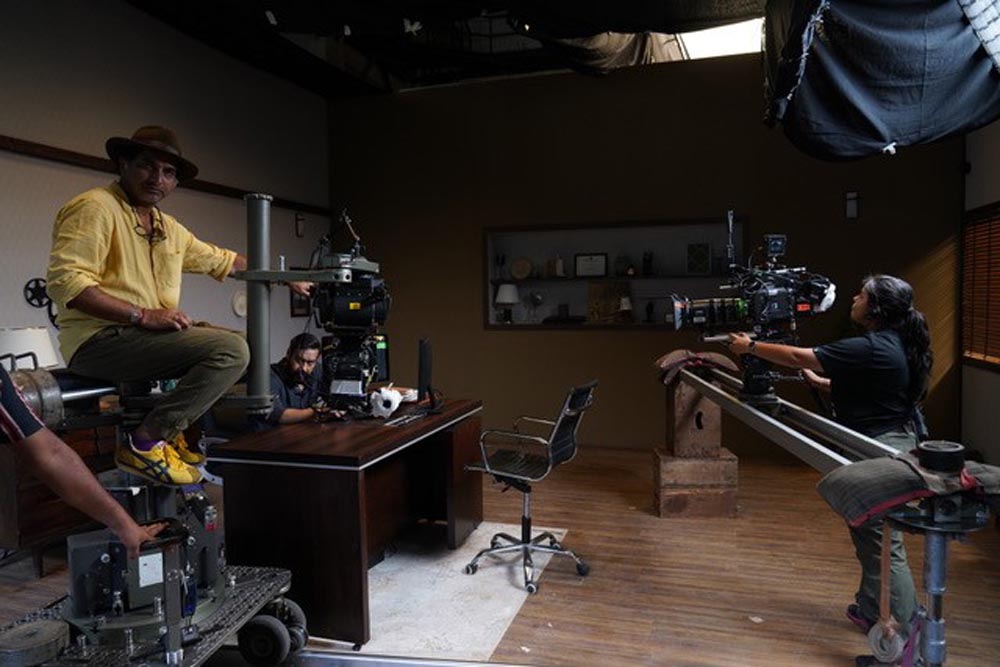 As far as dealing with colour is concerned, they followed with a palette. Sudhir and his team ensured that the walls were of a specific colour and antiquity. 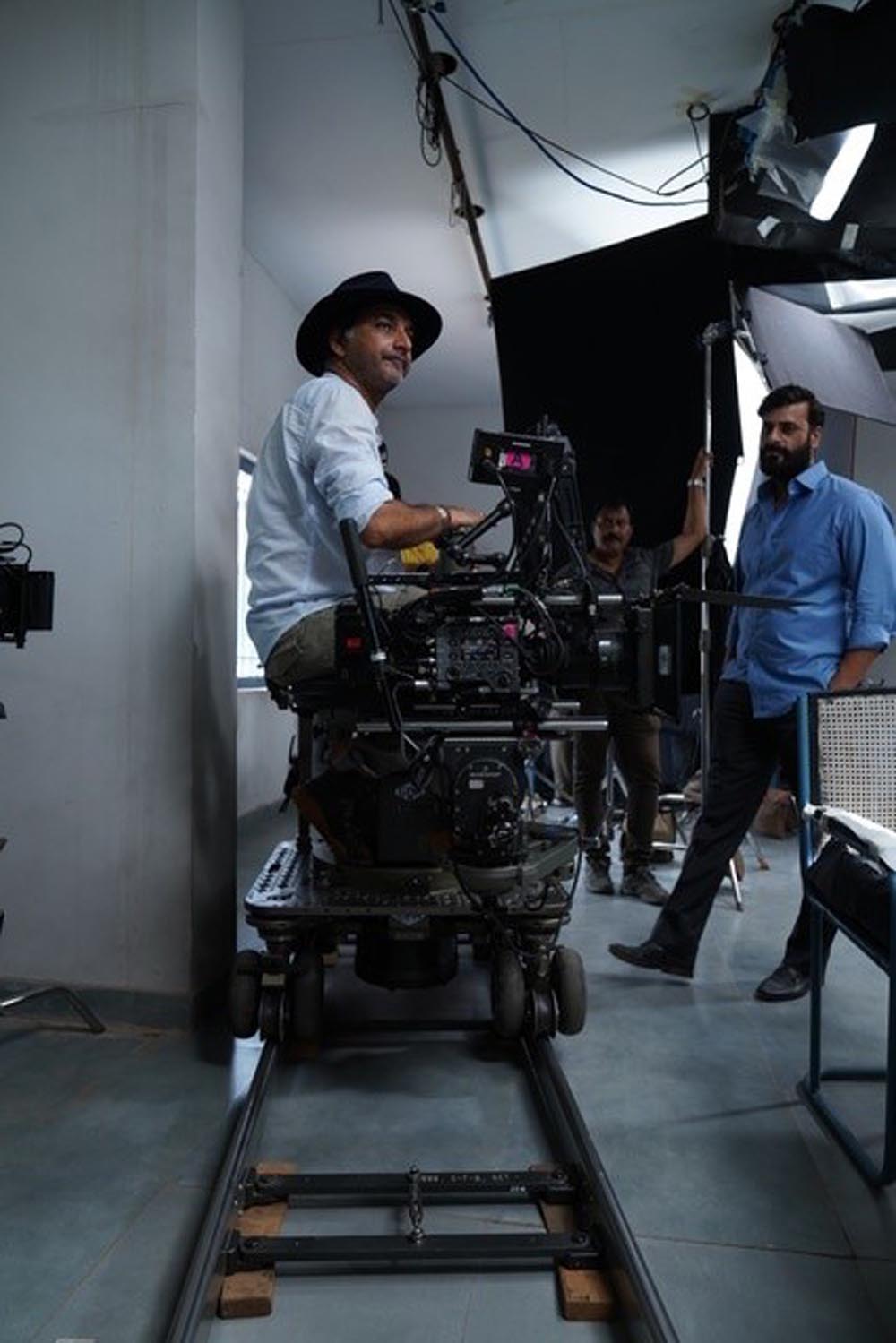 "I did not want to gel lighting too much, so we primarily shot it clean, with predetermined colour temperatures. I was filming day scenes indoors and outdoors with my camera at temperatures ranging from 4500 to 5000 kelvins. We set the camera to 3200 kelvins at night and used a bunch of sodium vapour lamps outside. To achieve a consistent aesthetic, we pretty much kept to this." 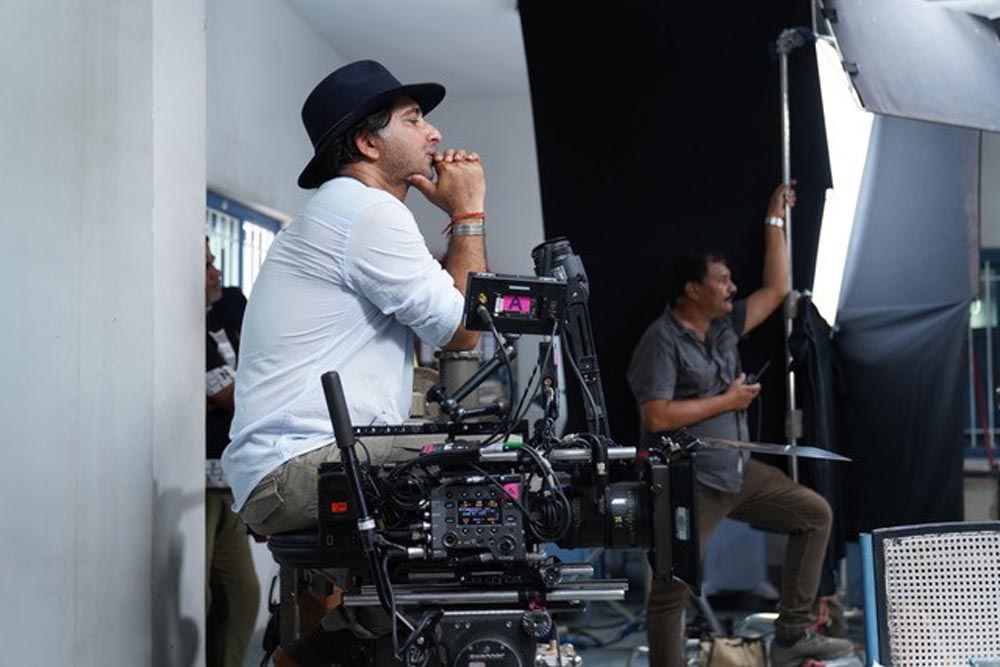 ELEVATING THE EXPERIENCE OF
FILMING Drishyam 2 & Blurr WITH VENICE

A fabulous camera with immersive versatility

VENICE is a fantastic camera and a delight to work with, whether in a studio or out in the field. It's also a well-balanced camera for handheld shooting, which I prefer. Different lens mount options increase the camera's adaptability, and as a cinematographer, you have a variety of formats to pick from and lenses to film with.” 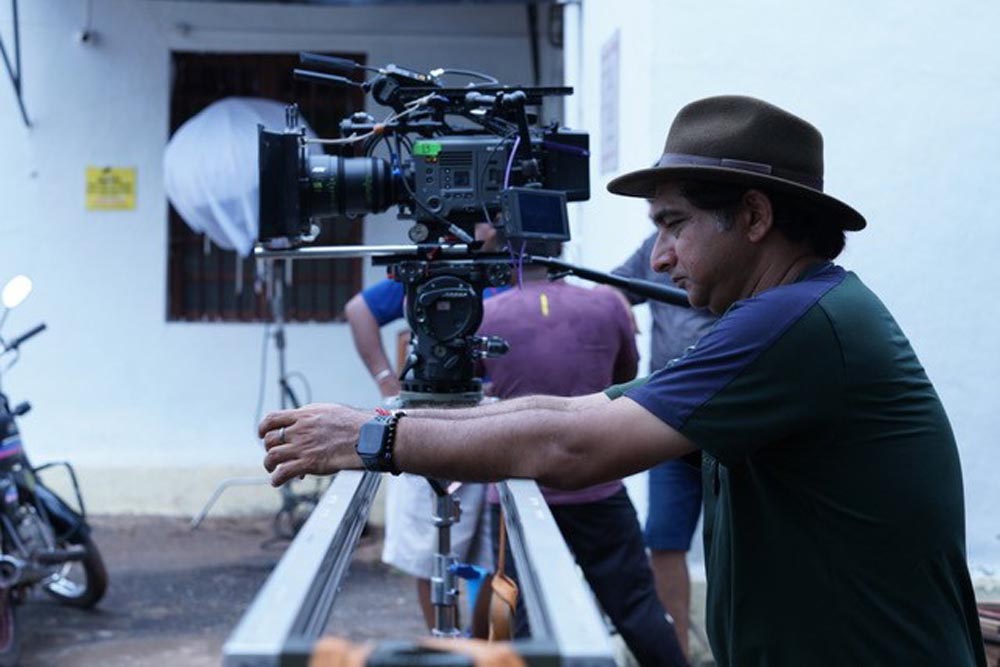 An easy-breezy camera to work with

“It's an extremely handy camera to operate. The ability to apply LUTs to your film on a camera, as well as the built-in NDs, can help you work swiftly on a decent set. As I previously stated, VENICE is one camera where I can switch between 'ROLL SOUND' and 'ROLL CAMERA' without anyone noticing. 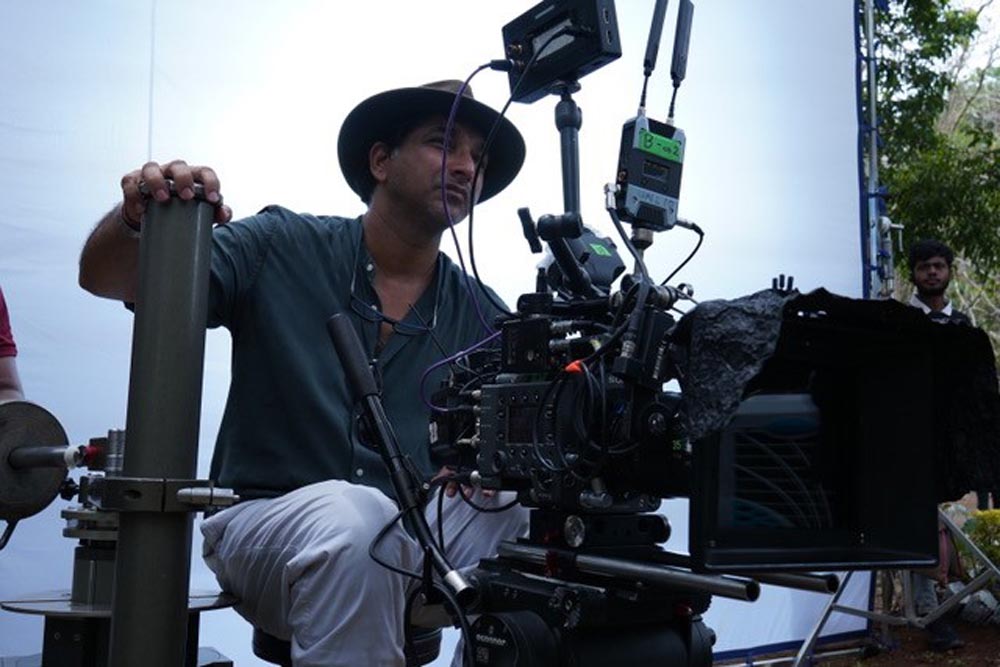 I like moving quickly on set to enable my director to spend as much time as possible with the actors, and VENICE has only helped me achieve so.”

“I usually use the VENICE to capture Full Frames. During my learning years, I was always drawn to the depth of a 35mm still camera. VENICE's full-frame image does exactly that. A lovely image with shallow depth is produced by full-frame sensors. 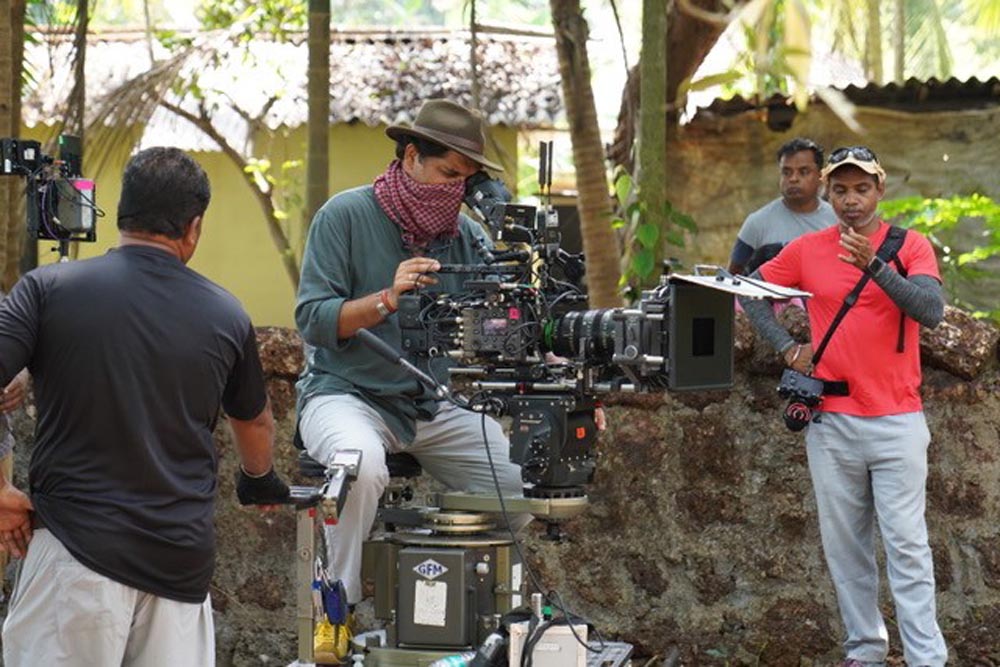 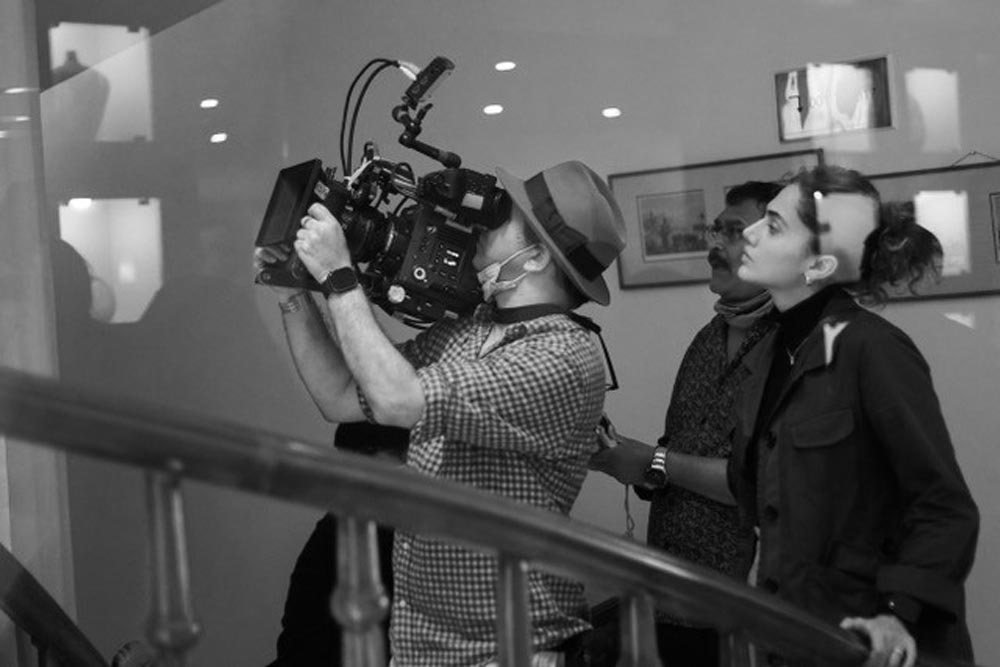 Because I've begun to employ proportionally longer focal lengths to cover a specific frame, my compositions have less distortion. When I'm filming using VENICE, I have these small yet potent alternatives at my disposal.”

Taking forward the sensation with BLURR

Adding to the excitement, Sudhir revealed insights about his latest movie BLURR, which was also shot on VENICE. He mentioned the film's director, Ajay Bahl, who has a unique way of narrating his stories that keeps the audience on the edge of their seats. Sudhir expressed his admiration for the project and how well he relates to the screenplay. 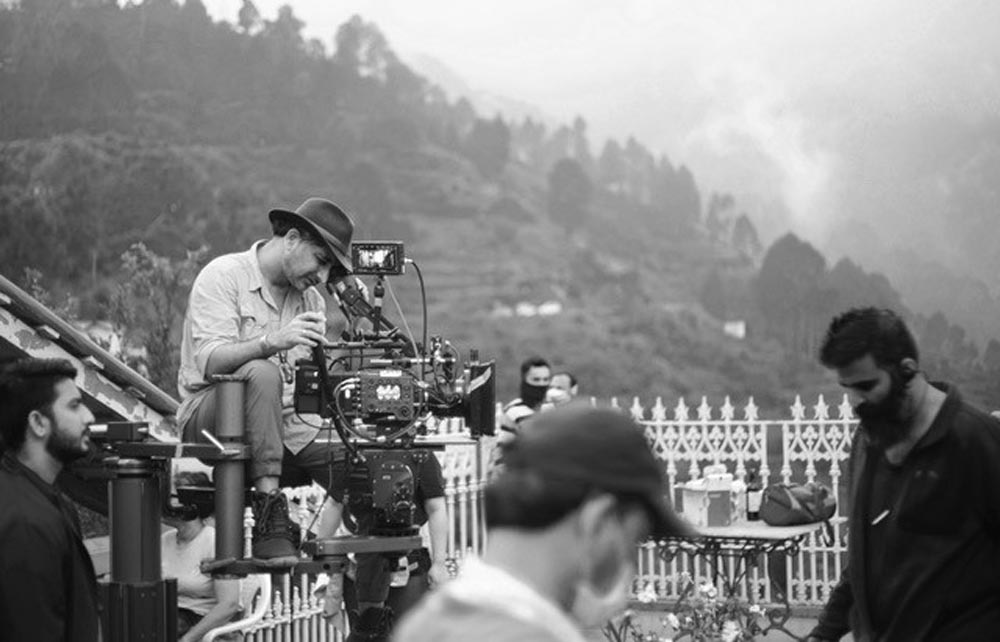 “Working for BLURR was both challenging and fascinating at the same time. We all got out of our comfort zones and experimented with exposure settings and colors that helped characterize our characters' states of mind. It makes the audience feel as claustrophobic as the protagonist at moments. I hope we've done the script justice.”

"I am sure I am filming my next movie with VENICE 2 camera line. I'm excited to put it through its paces in the near future." 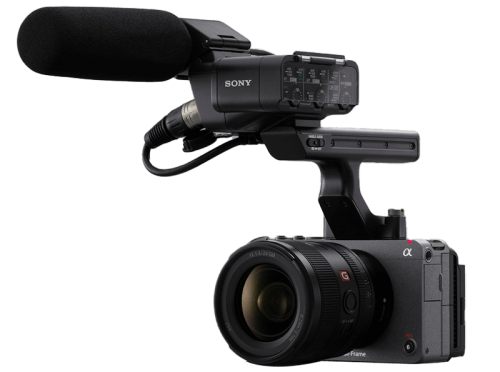 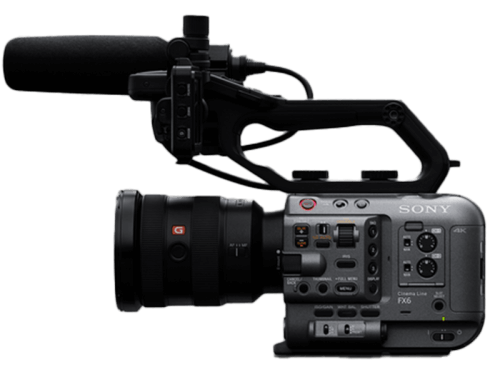 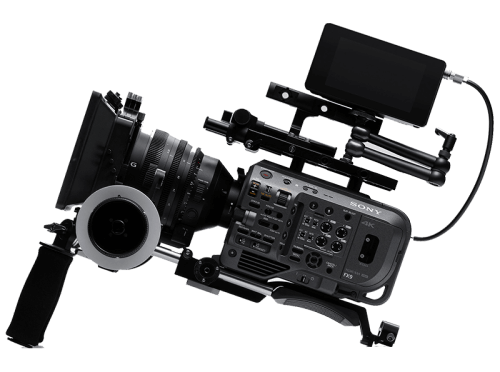 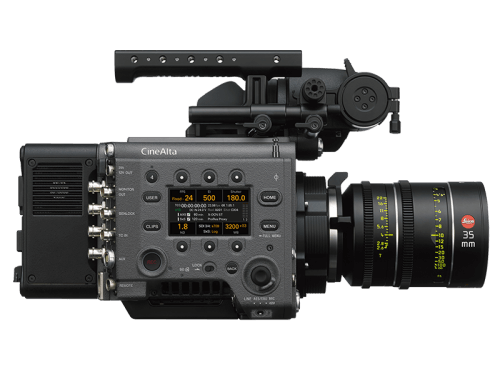 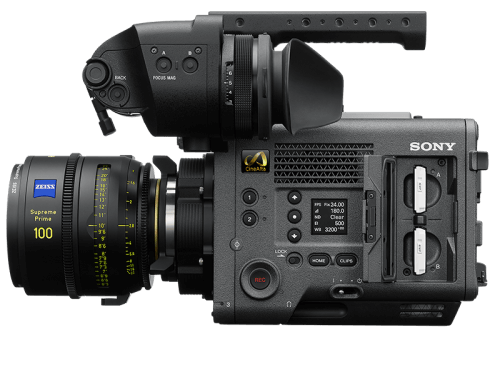